Memory and heritage I 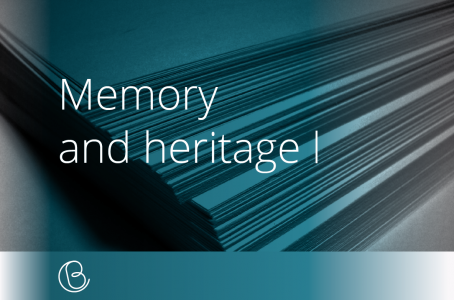 A possible direction for research on the European cultural heritage is to adopt a transnational approach. Rather than see cultural heritage as primarily expressed in national contexts, it could be seen as primarily transnational and as plural. Such a view would also suggest a conception of national histories as themselves products of transnational encounters. In this view, the European dimension of cultural heritage  is not then necessarily something over and above nations, but part of their heritage. Moreover, as fundamentally transnational, the European heritage is not exclusively confined to Europe. Cultural heritage is not something that is fixed or based on an essence; it is produced and re-interpreted by social actors in different but overlapping contexts. This is also an interpretative approach that draws attention to the entangled nature of memories and especially the cultural logic by which new conceptions and narratives of heritage emerge from the encounter and entanglement of different memories. Such an interpretative approach offers new opportunities for comparative research on the European heritage as an entangled mosaic of histories and memories. It also a critical approach in rejecting not only particularistic accounts of heritage, but also universalistic ones, such as Eurocentric alternative accounts. Furthermore it seeks to connect cultural conceptions of heritage with political accounts.