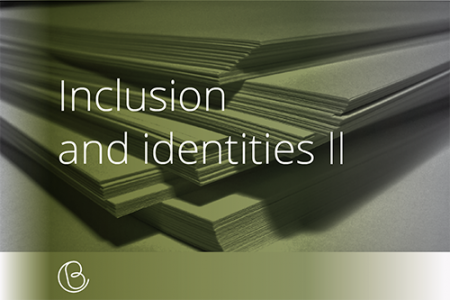 Vision Document. The Role of Religion and Secularism in Defining European Identity.

The European culture has been gradually invested with an activation of the old narrative on tolerance and on religion as a private issue, to the extent that religiosity is thought as against ‘European identity’ or, even, ‘anti- European’. Within this context, since the Arab spring in 2011 but particularly so during the last two years (2014-2015) Europe has been shaken by acts committed in the name of religious extremism.

The Arab spring appears to have imploded and together with it the promise for a new paradigm of religion in politics as professed by the youth protesting in Egypt, Tunisia and Syria in 2011-2012. The quest of Arab Muslims for more democracy, more economic development and more religion in the public sphere had raised hopes that there is an alternative model for the governance of religious diversity and the management of religion in the public sphere to be developed in the Arab world (Ramadan 2012), that would go beyond secularism as practiced in Europe and North America. However, these hopes if not abandoned, they are relegated to a distant future as the region has gone in flames and as jihadist terrorism and intra-Islamic fighting has taken the lead, over any sense of democratic and peaceful reform. In addition to these negative developments in the Middle East and North Africa, Europe has been shaken by the extremist violence of the Charlie Hebdo’ killings in Paris in January 2015, the terrorist attacks in Paris again on 15 November 2015 and in Brussels on 22 March 2016, and by the recruitment of young European Muslims in the lines of the Islamic State (ISIS). Indeed this tiny albeit dramatically visible part of European Muslims (some of whom are second generation migrant youth of Muslim origin and others are young converts) who have joined the ISIS forces in Syria and Libya to fight a jihadist war (estimated at 3,500 by recent reports) are seen to testify to a failed socio economic integration of second generation youth. The extreme choices of these young people are seen by some to support earlier allegations that Muslims are not ‘fit’ for European liberal and secular democracies. On the other hand, they also seem to suggest a failure in governing religious diversity in Europe and also that national and ethnic identity has lost its power of providing a sense of belonging. The young Muslims recruited by ISIS do not feel attached to their parents’ country of origin or even their parents’ religious traditions and norms (Roy 2003; 2009). Similarly though majorities appear unable to understand what has gone wrong and why this marginalised youth turns to religious extremism and violence.